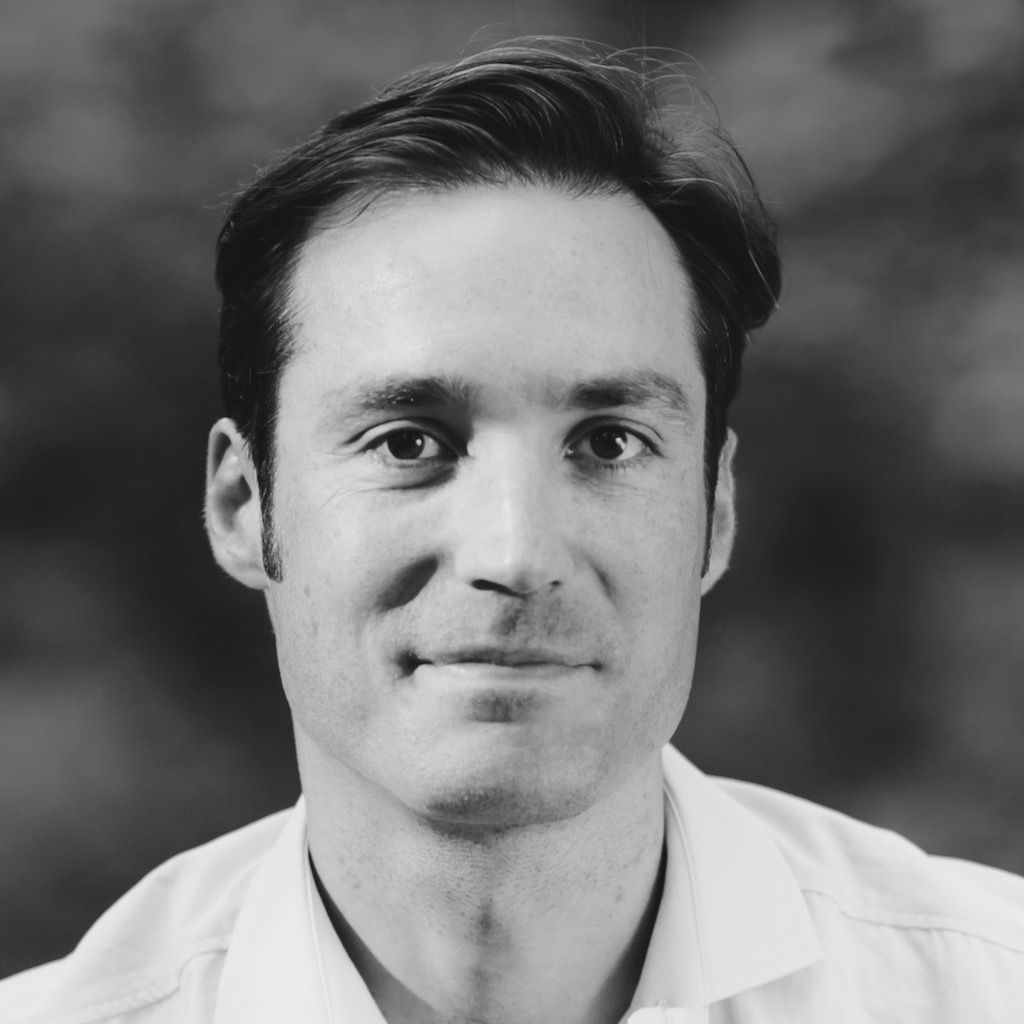 On December 31, 2019, the World Health Organization (WHO) was notified about a cluster of pneumonia of unknown origin in the city of Wuhan, China. Chinese authorities later identified a new coronavirus (2019-nCoV) as the causative agent of the outbreak. As of January 24, 2020, 911 cases have been confirmed in China and several other countries.

During the early stage of an outbreak, it is critically important to analyze the observed transmission pattern and the potential for sustained human-to-human transmission of 2019-nCoV. A better understanding of the transmissibility of the virus will help coordinate current screening and containment strategies, support decision making on whether the outbreak constitutes a public health emergency of international concern (PHEIC), and is key for anticipating the risk of pandemic spread of 2019-nCoV.

We estimated the basic reproduction number R0, which describes the average number of secondary cases generated by an infectious index case, at around 2.2 (90% high density interval 1.4-3.8), indicating the potential for sustained human-to-human transmission. The transmission characteristics and the potential for superspreading events appear to be similar to what was observed during the outbreak of severe acute respiratory syndrome-related coronavirus (SARS-CoV) in 2003, but are also consistent with what has been observed for influenza.

Given the current uncertainty around the case fatality rate, our findings highlight the importance of heightened screening, surveillance and control efforts, particularly at airports and other transportation hubs, in order to prevent further international spread of 2019-nCoV.

The R code files that were used for this analysis can be found on GitHub.

On 8 August 2014, the World Health Organization (WHO) declared the Ebola outbreak in West Africa a Public Health Emergency of International Concern (PHEIC). Only a few weeks later, our research group published the first estimates of the basic reproduction number R0 of Ebola: 1.51 for Guinea, 2.53 for Sierra Leone and 1.59 for Liberia (1). Our study has been of paramount importance in highlighting the lack in controlling the outbreak in Liberia, and was later confirmed by the WHO and several other research groups. The work has also received considerable attention in international media.

In another study, we investigated the heterogeneity in district-level transmission of Ebola during the epidemic in West Africa (2). We found that socio-demographic variables related to urbanisation, such as high population density and high wealth index, were found positively associated with R0, suggesting that the consequences of fast urban growth in West Africa may have contributed to the increased spread of Ebola. We also found that superspreading events for Ebola are an expected feature of the individual variation in infectiousness (3). This means that although the probability of extinction is high, new index cases also have the potential for explosive regrowth of the epidemic.

We quantified the impact of control interventions during the outbreak in Nigeria, and estimated the time window for successful containment of Ebola outbreaks caused by infected air travelers (4). We also inferred the transmission dynamics of the 2014 Ebola outbreak in the Democratic Republic of Congo (DRC) using previously published data (5).

Recent reports suggest the potential for sexual transmission of Ebola virus from convalescent survivors. We conducted the first mathematical modeling study to investigate the epidemiological consequences of this possible transmission route, and found that sexual transmission could extend the Ebola epidemic in Sierra Leone by several months (6).

Data and R code files that were used in the analyses can be found on GitHub.

South Korea experienced a large outbreak of Middle East respiratory syndrome coronavirus (MERS-CoV) from May to July 2015. During that time, our research group provided real-time estimates of the reproduction number on the following website: http://rpubs.com/althaus/mers.

We also estimated the level of heterogeneity in MERS-CoV transmission and found substantial potential for superspreading events (1). Even though it is likely that R0 < 1 overall, our analysis indicates that cluster sizes of over 150 cases - as observed in South Korea - are not unexpected for MERS-CoV infection.

The R code file that was used for the analysis can be found on GitHub.

IPhD grant from SystemsX.ch (The Swiss Initiative in Systems Biology)

In this IPhD project, we will adopt a systems biology approach to explore the impact of antibiotic combination regimens on the in vitro growth kinetics of Neisseria gonorrhoeae. First, we will investigate whether there are fundamental differences between the mechanisms at which different antibiotics interfere with bacterial growth using so-called pharmacodynamic functions. In a second step, we will develop a mathematical model to predict the effect of combination antibiotic regimens on the growth of N. gonorrhoeae. Lastly, we will explore potential synergistic or antagonistic interactions between antibiotics that could be considered for optimized treatment protocols for gonorrhoea.

Virus dynamics within and between hosts

Human immunodeficiency virus (HIV) and hepatitis C virus (HCV) are potentially fatal chronic virus infections of public health importance. Whereas HCV can be cleared spontaneously in some infected individuals, HIV persists in the host but some patients can maintain long-term control of HIV replication during the chronic phase. The cellular immune response, and in particular the CD8+ T cell response, has been strongly associated to play a role in determining the outcome of both HIV and HCV infections. Nevertheless, there is conflicting evidence on the importance of CD8+ T cells in viral clearance or control and it remains unclear when, how and to what extent the CD8+ T cells interfere with viral replication. Mathematical modeling plays an important role in analyzing and interpreting clinical data of patients infected with HIV or HCV. The first part of this project deals with the analysis of four different data sets that cover particular aspects of HIV and HCV infection during the acute and chronic phase. By studying the viral turnover in different patients that are infected with HIV, and the occurrence of immune escape variants in HCV, the analyses will provide novel and fundamental insights into the viral dynamics and evolution within a host. In the second part, the insights from the data analysis will be used to develop new mathematical models of virus dynamics. This will help to conceptually study the factors that can influence the differential outcomes of HIV and HCV infections and test different hypotheses about the role of CD8+ T cells on the virus dynamics. The third part of the project deals with the evolution and spread of HIV variants that confer escape from CD8+ T cell recognition. Mathematical and computational models will be developed to study the rate at which such escape variants can spread at the population level, thereby anticipating the ongoing HIV epidemic. In summary, this project will provide new insights into how CD8+ T cells shape the viral dynamics and evolution, shedding more light on the controversial issue of the role of CD8+ T cells in suppressing viral replication. Ultimately, the newly gained insights into the role of CD8+ T cells to induce a selection pressure on the virus population, both within a host and at the population level, will be important for ongoing efforts in T-cell-based vaccine design for HIV and HCV.

The results of the sub-study of Aim 1 (Acute HIV infection) provide novel quantitative insights into the turnover and development of different subclasses of HIV-1-infected cells. The model predicts that the pool of latently infected cells becomes rapidly established during the first months of acute infection and continues to increase slowly during the first years of chronic infection (1). Having a detailed understanding of this process will be useful for the evaluation of viral eradication strategies that aim to eliminate the latent reservoir of HIV-1.

What will be the impact of human papillomavirus (HPV) vaccination on HPV-associated cancers in Switzerland? A mathematical modelling study

Switzerland has cantonal programmes to offer vaccination against human papillomavirus (HPV) infection to adolescent girls to prevent cervical cancer cases that are caused by two high-risk types of HPV. HPV is also a cause of several other cancers, including some cancers of the mouth and throat, of the anal canal, vulva, vagina and penis. The programmes started in 2008. HPV vaccination is expected to prevent new cases and deaths from a range of cancers in the future but the impact will not be seen for many years and will depend on uptake of HPV vaccine, which varies widely between cantons and has been lower than hoped.

This project aims to determine how many future cases and deaths from cancer in Switzerland could be prevented by HPV vaccination. We aim to improve on previous projections by using data sources that are specific to Switzerland, wherever possible. This includes using data about actual vaccine uptake in different cantons. We will also investigate whether current vaccination patterns provide value for money and how cost-effectiveness could be improved.